When we found out we were expecting our first, and that it was going to be a boy, we were inundated with helpful little tips, tricks, and ideas on what our like would start to be like. Of course, we had both been around children before and had a general idea of what raising our little blessing(s) would be. Then when we were expecting our second boy, again, a new level of tips and tricks of what having multiple children (especially boys) would be like.

Fast forward about 2.5-3 years and we have actual knowledge of what raising our little blessing(s) is like. For the most part the actuality followed along with what our general idea was, but there are a few things that I feel like I hadn’t fully understood, until we had two boys. I figured this would be a fun little way to talk about the partially unexpected things that I have discovered along the way. 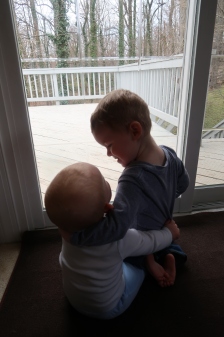 Now, a couple of things before we begin. You may have seen some of these before, but I’m going to repeat them because they are true (and I didn’t fully appreciate that fact). While most of these are my experience with raising two boys, I am not going to be talking about the whole concept of anatomy when it comes to boys. I haven’t fully encountered those situations yet so maybe I’ll talk about that in a later posting? I do not plan on this being a one off thing. I think it would be fun to do these every once in a while just to see how things change, how the boys grow, and how my take on this changes.

I will also say that at the time of this 1st edition, my boys are 2 years (and a couple months change) and 10 months old.

So that is what I’ve got for the first edition! Have there been any bits of advice that you got that you didn’t full appreciate until you had kids? I’d love to hear them!