On Saturday we took a day trip down to Colonial Williamsburg. This step back into history has been a “must do” on my list since we moved here and we just finally got around to doing it. It’s about a 2 1/2 hour drive from us and is the perfect distance for spending a day.

The whole draw in for Colonial Williamsburg is that it is supposed to feel like you are stepping back into time, back to when the colonies were breaking free from English rule, and it is supposed to reflect what every day life was like for the colonists. It features character actors, both as guides and just portraying different folks that would live in town. There were stations where visitors could get involved, such as making brick and clothes, but also areas where you could just observe. 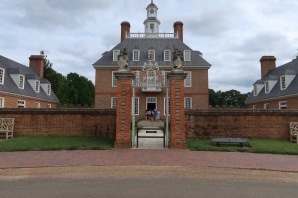 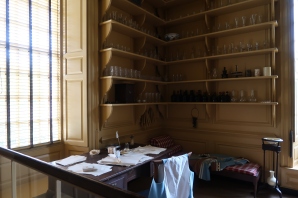 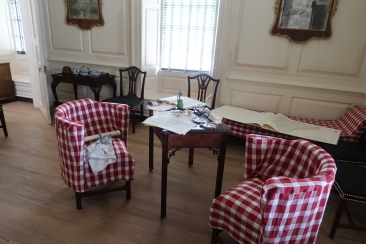 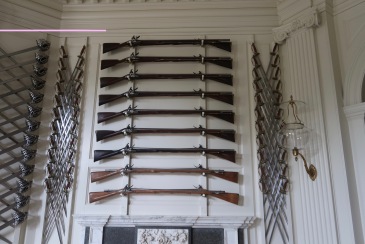 Our day started at the Governors Palace, which is the main home and office for the Royal Governor. This was in use prior to the collapse of Royal Authority in Virginia, as the colonies broke away from England. We toured the main hall and two sitting rooms downstairs, as well as a bed & dressing room upstairs (not pictured). A tour guide, dressed in time period clothing (as was everyone) talked us through the last family that lived in the home as well as what a visitor to the home could expect.

Our next stop was walking through the different Palace Grounds, with a beautiful little hideaway and a maze, and along the Palace Green, which had homes, kitchens, and a church. 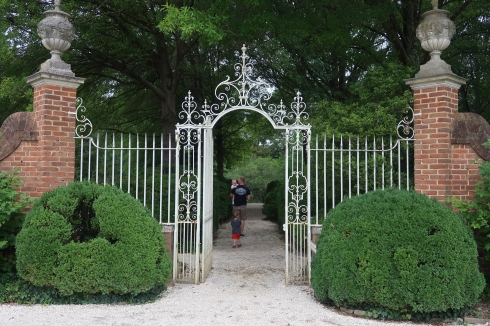 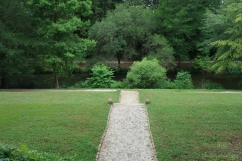 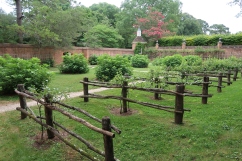 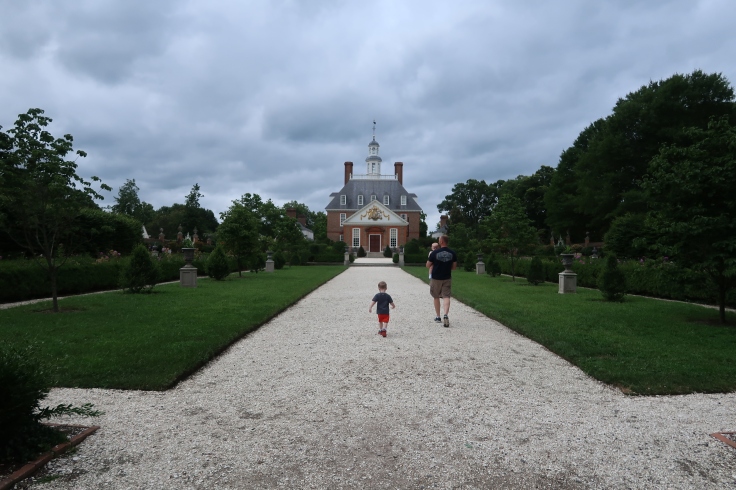 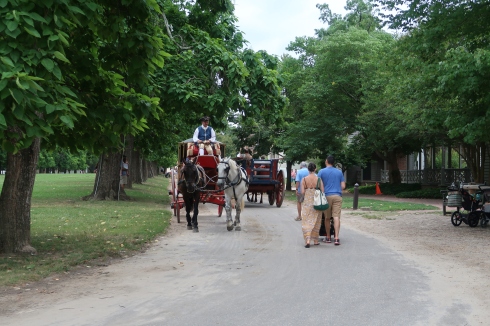 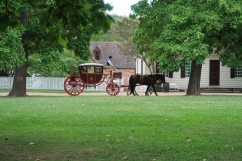 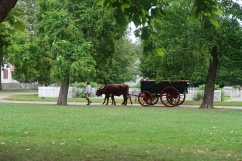 Once you finish with the “main” Palace walk, you come upon the little town itself. The main portion of town is divided up on one “main” street, Duke of Gloucester Street, and a side street, Nicholson Street. One Duke of Gloucester there were shops, taverns, and the Market Square. The shops and taverns all had character actors both outside to guide you in, and inside to walk you through whatever you were seeing, or to help you purchase any gifts you were interested in. 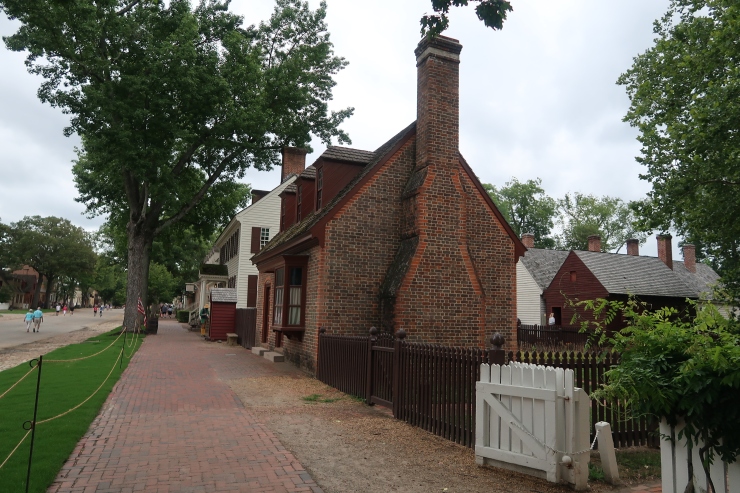 We stopped at the Market Square to see the “market” they were holding that day, to take a look at the Public Armory and to see how they would signal to everyone for lunchtime. Spoiler: the lunch time signal was a canon, which concerned both boys immensely. We also ended the day in the same area to see a demonstration of combat tactics of the time (hubs is a military history buff). 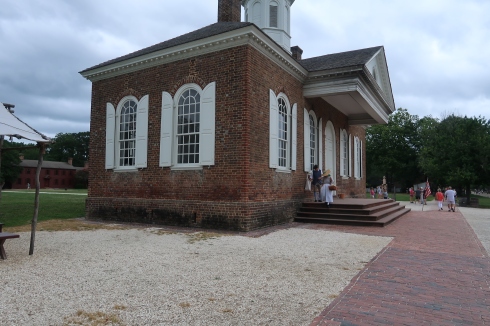 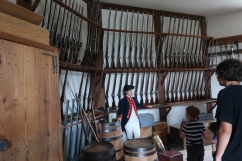 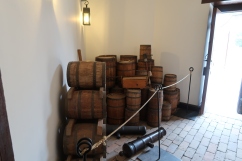 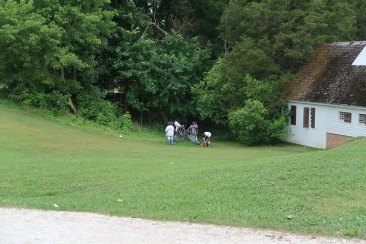 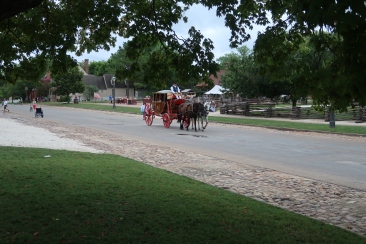 We stopped for a quick lunch, watched the Fife and Drum March, and headed over to the children’s play spot. They offer a spot just for children that has a variety of toys from colonial times as well as a maze for the children to work through. Colton had quite a lot of fun navigating the maze and riding a toy horse, while Andrew took a quick snooze. It was a nice spot to take a little break from everything, let the kids just run free, but still maintain all the history. 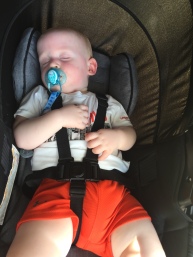 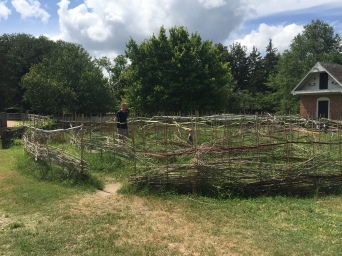 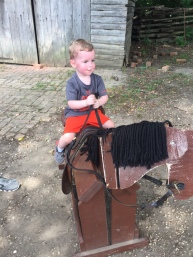 The last major “must see” stop for Colonial Williamsburg is at The Capitol, at the end of Duke of Gloucester Street. It has quite the tale to tell, and our guide very enthusiastically shared its history. Williamsburg was a capital at one point in time, and the capital building itself was built, burned, built, burned, left to disrepair, only to be built again later on. There is only one item that is original to the Capital, and that is the single chair where the leader would sit. The capital was rebuilt as it would have originally been seen and it was interesting to hear the history of Virginia breaking away from England. This stop also included a look at the courthouse, where royal crimes would have been heard. 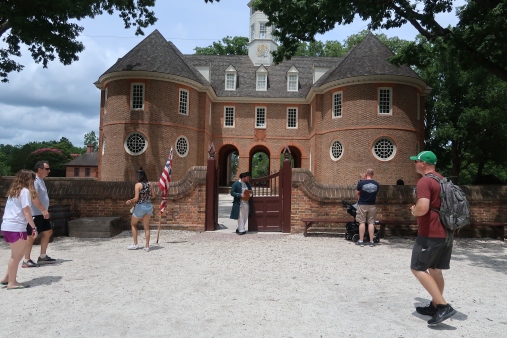 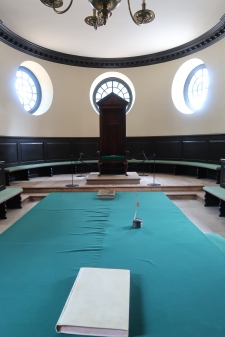 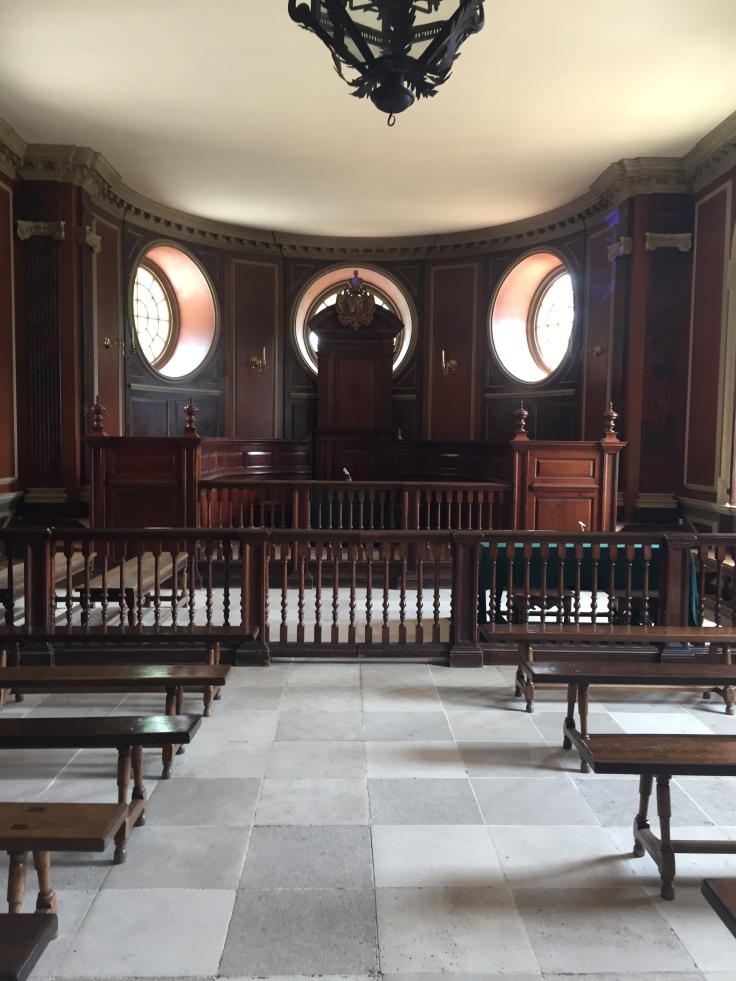 Overall, we really enjoyed our time in Colonial Williamsburg! They do a wonderful job with re creating a time in history that is so interesting (and full of strife), while still giving us modern day amenities. It sits right near William and Mary University and there is a full town just right outside the gates, but once you step onto the brick sidewalk and the bit of cobblestone street you feel transported. It was a wonderful day!