Oh hi. It’s been a while since I’ve done a Round the Kettle chatty post. They are still happening (as if you were really worried ha-ha), but I really felt the “workload” of the Christmas Season at the end of November and through December. I didn’t want to inundate your feed and email boxes with a ridiculous amount of posts, so I let them go until after the New Year past. This is probably going to be a “thing” that I do every year while we are in Europe. There is just so much to do and see around Christmas Season that I want to share, that they just aren’t possible. 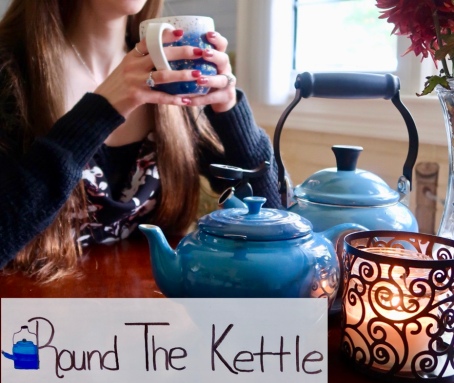 Let’s start with a little catch up…how are you doing?

So, a brief catch up…as you will now know we spent our New Years in Rome on a weeklong holiday that still seems just so surreal in my mind. I can’t believe that I can say that I’ve been to Rome…just like I can say I’ve been to Scotland, London, Dover, The Netherlands…I mean the list goes on. It’s even more surreal and reflective as we are starting to come up on our one-year mark of living in Germany (that post is coming up this coming week). It’s funny because we are just living our normal lives, day to day, and then going on these incredible adventures that we only dreamed about.

January passed by as January always seems to, dragging by, giving all of us that New Year’s funk at the end and making us wonder…will February ever come?! Don’t worry, February is here, and we’ve all survived. In a way January wasn’t too bad for me this year, a couple rough spots here and there, but overall pretty good. But February? I anticipate February being a rough one. We’ve got quite a few changes coming our way starting on Monday and I just feel like settling into a new groove is going to be…interesting. Our oldest is starting his preschool program, my husband has been much busier with work in January and into February, and I’m trying to figure out what our “normal” is going to be moving forward once again. It’s all good things, but it just means we’ve got a bit of a transition to make.

With that being said, I am going to be taking a little step back from the blog for a couple weeks in February. This week there will be posts as normal, and then there will be two weeks where I am not going to have any blog posts going up. I will be active as normal on IG/FB, but in terms of blog content, it’ll be quiet. I really try to take a week or two weeks “off” a couple times of year as I find that it helps me quiet my mind and refresh my brain. I’ve been writing pretty consistently for a few months now without a break (I posted a 14 posts in December where I normally average 9-11 posts a month) and I really just need to take a minute, not stare at a blank word document, and just breathe. February tends to actually be a pretty good time to do this as it is slow and quiet as it is (we aren’t traveling at all this month) and with these couple things changing at home, I need to just be able to focus on life.

How was your January? Did you have a good month or are you just ready for February?