If you have not been following me on Social Media (ACuppaCosy on FB & IG), then you will have missed that we made it safely and {somewhat} soundly to our new area in Germany. You’ll notice I did not say home, but rather area and that is because we are not in a home just yet. More on that in a minute…

It’s been a couple weeks since I’ve posted, so I figured I would make this just a chatty/Round the Kettle/Life Update type of post. Where to begin, where to begin…

We had a total travel time of 53 hours from the time that we took off on our first plane till the time that we checked into the hotel that will be our home for a little while. Two flights, one overnight (in a really cute hotel) and one {loooonnnnnggggg} bus ride with two active toddlers and a total of 11 baggage items. We survived it though and looking back at it, it was not that bad at all. I will do a post on some travel tips that I’ve picked up with this move in the hopes that if you are ever in this type of situation, you can take something away from ours.

Our first flight was a quick commuter flight (an hour and a half) and the boys just played with some random toys, looked out the windows and had a little snack. We had a long layover before our second flight, and after checking in for that flight we went and took a little breather in the USO. The boys got to play with some new toys, we got to put our feet up for a minute before we headed back through security and to our next flight. We did have a little blip in the road during this time (look forward to that short story coming later in the week 😉 ), but overall this was a really nice breather.

Second flight was an overnight flight, which I honestly think saved us. The boys slept for about 80% of the flight and we tried to sleep as best we could. Once we landed it was time to go through paperwork. They were fairly well organized where we flew in and once we were through the initial passport and customs section, we were taken to a hotel to stay the night in. This was our first night in Germany.

Early (ish) the next morning we were up and ready to get a bus ride to our final area. I think out of all of them, the bus ride was the hardest part of the entire journey. It wasn’t long (~5 hrs), but it felt much much longer, but we made it, checked into our hotel and just took a minute to breathe. It was such a relief to finally make it to our hotel and be able to not have to worry about being up at a certain time, what the next round of travel is, or even how we were going to manage all the suitcases.

Over the past couple weeks we’ve just been trying to settle into a routine and get the boys adjusted to being in a little apartment for the next few months… yes, you read that correctly. We are going to be in our little apartment or hotel for quite a period of time while we work through all of the housing. We are fully prepared for that and while the boys are struggling a little bit, I am sure that once we have two vehicles it won’t be too much of a problem. 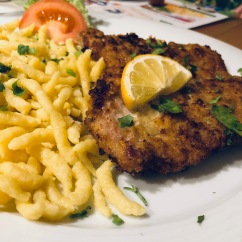 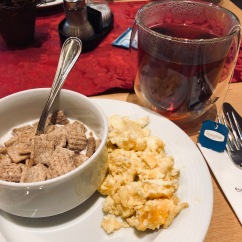 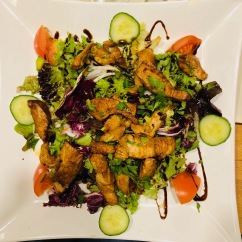 We’ve been eating out quite a bit and I will say, the food here is incredible. I’m looking forward to finding more gems of food here, because they are not only fantastic with German food, but the international options are great as well. I may do a separate post on our food adventures some point soon, so stay tuned for that.

So, that’s what we’ve been up to lately! I’ve missed writing and blogging, but I have to say that it’s been so good to have a little break while we worked through this move. Not only because we moved to a whole new country, but also because I needed to step back for a minute and just re align my goals, my plans, and my posting. Now I’m back and ready to get down to it! Posting will not change; the blog posts will continue to just be posts all across the board of lifestyle and the schedule will stay the same as well. I’m happy to be back!

What have you been up to over the past couple weeks???