The final castle we went to to round out our weekend away was Schloss Lichtenstein. One of the more popular and breathtaking castles, this one did not disappoint in any way. We even had the perfect weather to set the scene- fog all through the valley, swirling amongst the rockface where the castle comes out. Talk about perfection! 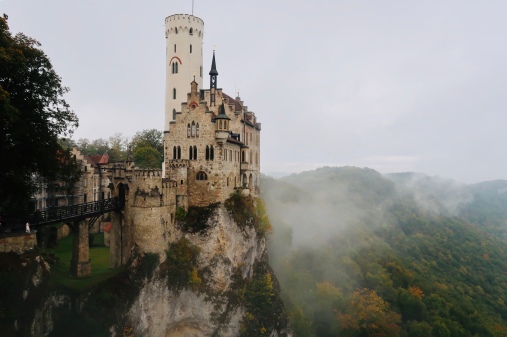 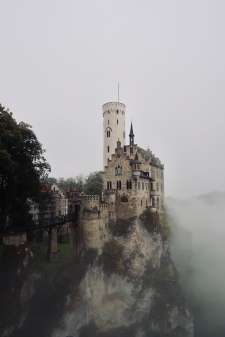 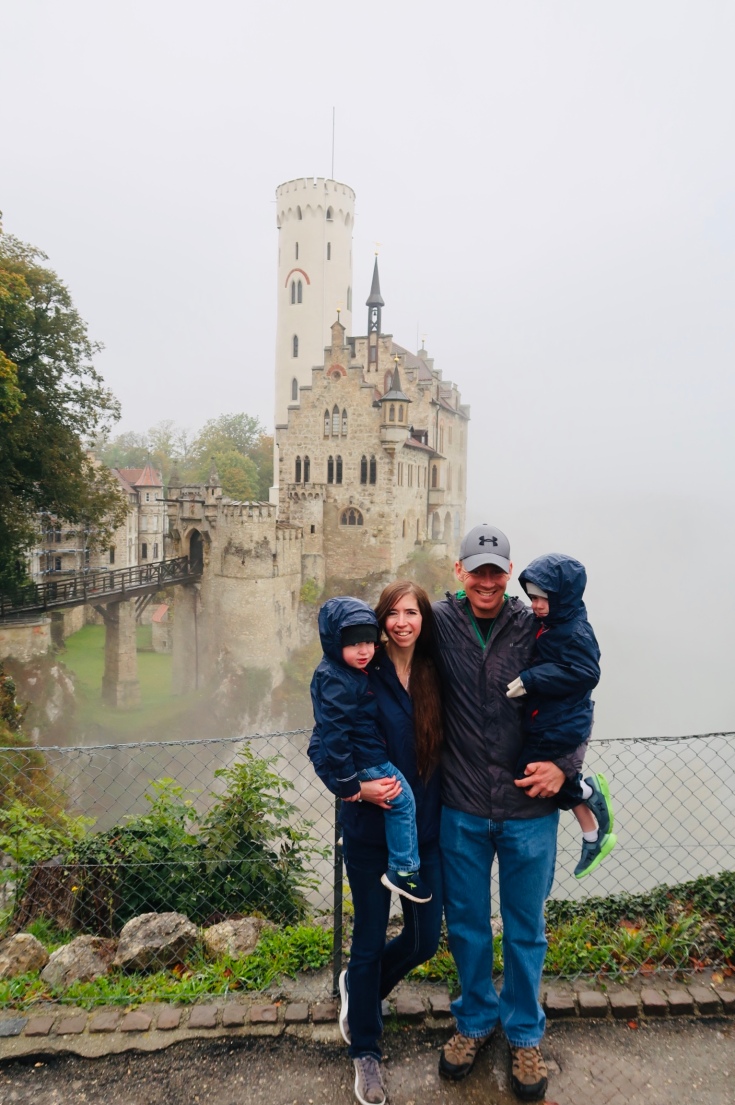 The original site (premodern day castle) dates back to 1100, although the structure that exists now does not hold much in common with the house that existed back then. Originally owned by ministerial it has passed many hands, although the one thing they all have in common is that the castle was frequently under attack. In the early early 1800’s (think 1802), after being in disrepair, the castle was dismantled, and a hunting lodge was erected in its place. This then fell into disrepair as well. Eventually the Duke Wilhelm von Urach purchased the estate and decided to turn it into a medieval castle that he could live in. He was very much inspired by the book Lichtenstein (Wilhelm Hauff- I now kind of want to read it out of curiosity) and the castle was able to be lived in in 1842 (with it becoming the official residence in 1869). This particular sustained damage during World War 2, of which you can see while on a tour inside, but this damage was repaired immediately after the war concluded. It is still currently in use as a part time/temporary residence.

Lichtenstein is one of the more popular castles’ in Germany due to its incredibly dramatic location. Set on the top of a rocky embankment looking precariously balanced, it gives any visitor a breathtaking look. 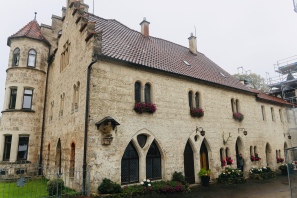 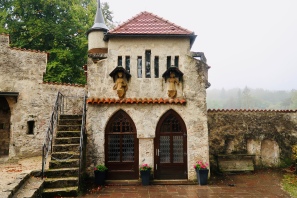 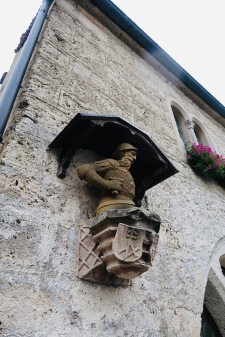 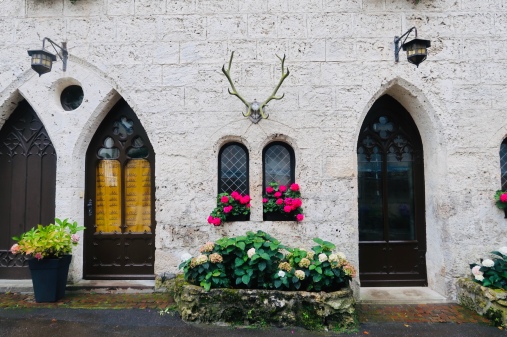 You have two options when visiting Lichtenstein, just walk the castle grounds or get a full tour of the interior. Each has a cost (although a difference of about 6 Euro) and honestly, if you’re already at the grounds, you might as well head inside too. The tour is given entirely in German, although they do give a pamphlet that has the English Translation and you see a fair amount of rooms that depict both the Hunting Lodge AND the actual castle life. There is still one spot where you can see the damage that was done during WW2, a bullet hole in a shattered mirror and that was pretty cool to see as most castles have either been repaired or were not affected during the war.

I think this was the perfect castle to round out our trip as it isn’t a super long tour or visit, but is still an incredible stop. I would definitely say you should go and visit Lichtenstein Castle, but know that it isn’t as big or as grandiose as some of the other castles you will see in Germany.